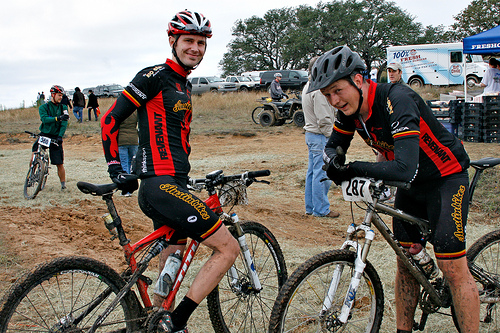 I’m going to defer to Cormac McCarthy to describe my first lap at the Mellow Classic this weekend. If you haven’t read The Road and don’t plan on seeing a grizzly Vigo Mortenson this week when the movie comes out, the brief synopsis is a boy and his father surviving in post apocalyptic America. In lap one this weekend, there was mud, cold, mud, bleakness, mud, and despair. There was no touching father son interactions (my dad was wisely at home grouting a bathtub) and I was not being chased by a horde of starving cannibals (although the NRC Pedal masher team makes a good substitute), but read the book, or really any of McCarthy’s work and you get the idea.

Lap two was more about me spacing out and trying to figure out a few things.

1. Exactly how bits of mud had made it into certain parts of my shorts that will remain unmentioned for fear of site censorship at various workplaces.

2. Exactly how many miles I was from the cooler or Fireman’s #4 that awaited me in the back of the Hotel Subaru.

3. The precise weight gained in mud and gravel that had affixed itself to my person, my bicycle and it’s tires.

4. How many more of the 12-and under group were going to pass me before I finished the fucking race, thereby further crushing my spirit.

5. Thinking on new adjectives to describe the state of my person, as simply muddy wasn’t really cutting it.

Upon finishing lap two, and the race, my chief accomplishments were 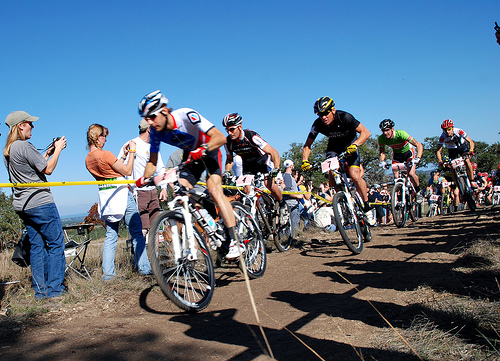 grandly tallied up as not being last, not falling down, and making it back to the car to find the previously-mentioned-sextuplet-of-blessed-golden-elixir.

Riding at Lance’s house is fun though. You get to watch National Champions Race. You get a (peanut butter like mud aside) fantastic course, and of course great spectators. Mellow Johnny’s deserves credit for putting on a helluva an event, even with uncooperative weather.

Also of note – this race was not impossible for some, as Germ pulled second and from what I understand, was just edged out of first by a slippery rock.  And to the racers who donated their prize money back tot the LAF foundation – damn classy move.

Russia, proximity of Alaska to, 275 "Plenty of room in this hot tub."
acrylic paint amazon Scroll to top