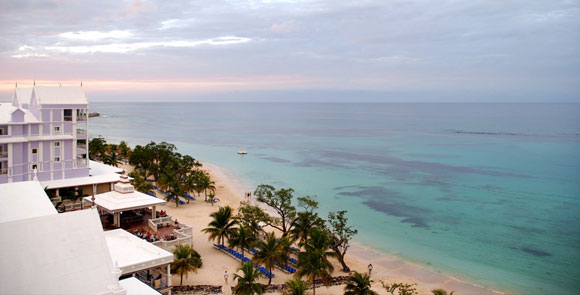 A week ago, we packed our swimsuits, our sunscreen and our extra livers and headed off to the Caribbean to watch B and Amber get hitched. Some observations from the adventure…

In Jamaica, you should not expect any kind of ground transportation to leave in a timely fashion. This small problem is offset by the fact that you can not only drink on the bus, but its actually encouraged as you make a stop at a bar on the way to the hotel.

In Jamaica there is apparently a national shortage of shirts. This is confined not only to the locals, but also, sadly to the tourists.

Jamaican driving is interesting – whether its a suzuki death-box or a 50 foot bus, the locals have no problem driving into oncoming traffic. They do it in such a friendly fashion too…If i were driving in the states and found myself wedged between a bus a dump truck and and oncoming semi, I might become upset, perhaps even have an episode of mild road-rage. These guys just look imminent traffic-death in the face and shrug it off. There’s probably a life lesson there.

Rum is a whole different creature in Jamaica. Go rob a bank and buy some Appleton Rum, you’ll see what i mean.  I like manly drinks – whiskey on the rocks, vodka tonic, etc. This trip found me kicking back Pina coladas as if they were water (hence the packing of the extra liver).

Did I mention that it’s beautiful there? This whole Island in the Caribbean thing is not such a bad deal.

Speaking of Rum, the all-inclusive resort thing is an interesting beast mostly because of the magic wristband. Present your wristband, with wirst-and-the-rest-of-you attached at any of the restaurants and you get fed. Present it at any of the 125,000 bars at the resort and you get booze. It’s an interesting concept that sadly doesn’t work once you leave – the day after we got back i was stuck in budget meetings for five hours. I kept pointing to my wristband, but no one would bring me a drink – very sad.

Reggae is not only the music of Jamaica, but it is actually the only kind of music they have there. I like me some Bob Marley, but holy shit, you can only listen to Exodus so many times before the seizures start.

Speaking of music, in Jamaica, no matter how hungry you are, never ever ever eat at Jimmy Buffet’s Margaritaville. Shockingly Mr. Buffet is and even poorer restauranteur than musician.

It’s a pretty cool thing to watch your friends get married in such a spectacular place. Glad we got to be there.